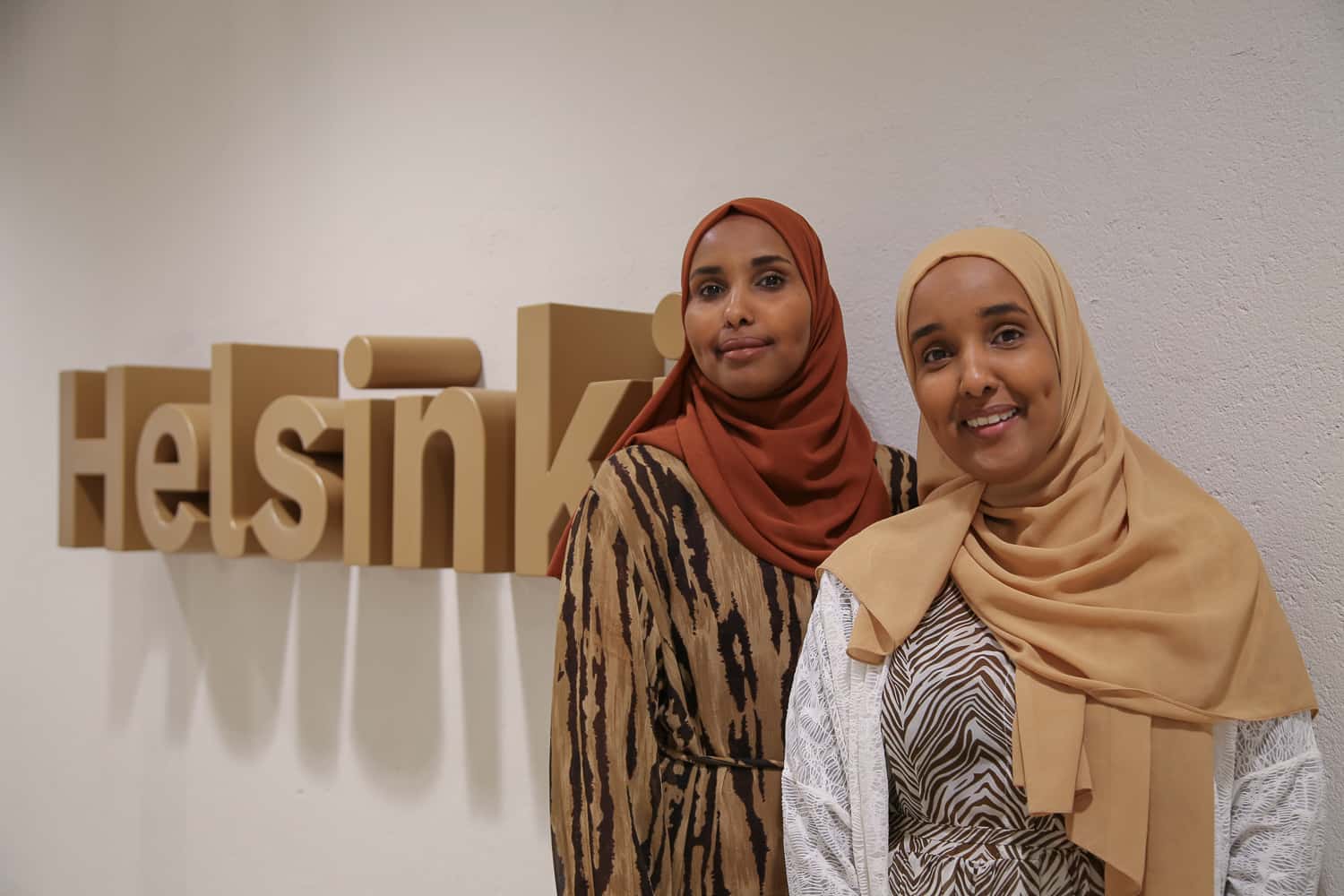 The Entrepreneur Day for Women organised by the City of Helsinki attracted nearly 100 women interested in entrepreneurship to City Hall. The attendees received concrete tips on marketing and starting a business as well as opportunities to network.

The message of every speech of the Entrepreneur Day for Women was clear: There is no need to fear failure.  The most important thing is to ask for advice and work towards your dream. On Monday, 6 June, the conditions and opportunities for entrepreneurship were discussed intensively at the Helsinki City Hall event square.

After opening remarks by Deputy Mayor Nasima Razmyar, there were five speakers who also highlighted the challenges of self-employment. Pamela Spokes, an entrepreneur and trainer from Canada, described her relationship with Finland as complicated. Her first contact with Finland was as a young exchange student. For the last 16 years, she has lived in Helsinki full time and has also raised her children here.

“Networking was the hardest thing at first because I did not know anyone here besides my husband. When I got divorced and lost my job after co-determination negotiations, I felt tremendous shame at first,” said Spokes, who believes that there are many highly educated international talents like her living in the Helsinki Metropolitan Area with the potential to become entrepreneurs.

Today, Pamela Spokes runs her own company, Discover Design Do, which specialises in communications and service design.

“Even though I was sort of forced to start a business after I lost my job, it has proved to be a great move. As an entrepreneur, I have been able to make use of my professional skills and tailor my job exactly the way I want it.” 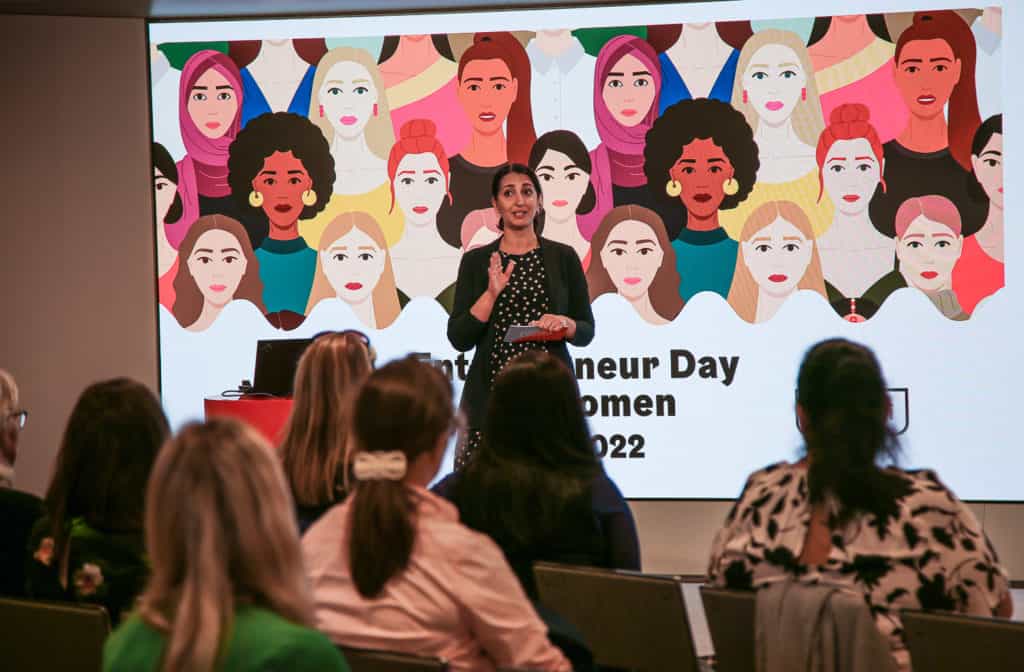 Networks and open discussion are the foundation of entrepreneurship

Kati Lappeteläinen, Head of Business Programme at Startup Refugees, recognises the biggest challenges faced by entrepreneurs with an immigrant background but knows from experience that they can also be overcome.

“If it is difficult for even native Finns to puzzle through the ins and outs of starting a business, the language barrier poses an additional challenge for those who have moved to Finland. There is a lot of information about entrepreneurship on the internet, but foreigners may not know which keywords to search for it with.”

At the Entrepreneur Day for Women, Lappeteläinen went over the main steps of starting a business and emphasised the importance of a business plan, networking and sparring assistance. Training and personal business services are available in several languages in Helsinki from both Startup Refugees and NewCo Helsinki.

“There is no need to be afraid of filling in forms or dealing with the authorities; they are manageable. The most important thing is to first consider your own strengths and areas of interest, and to test your business idea by talking it over with others. That is the best way to determine if you can find buyers for your products and services in Finland.”

Sallamaari Muhonen, who is known for her expertise in the field of communications, emphasised the importance of marketing and sales to the female entrepreneurs. According to Muhonen, a successful business is more than just analysing competitors or buying advertising space. By listening to customers and observing their purchasing behaviour, the entrepreneur receives valuable information, which also helps in marketing and pricing. 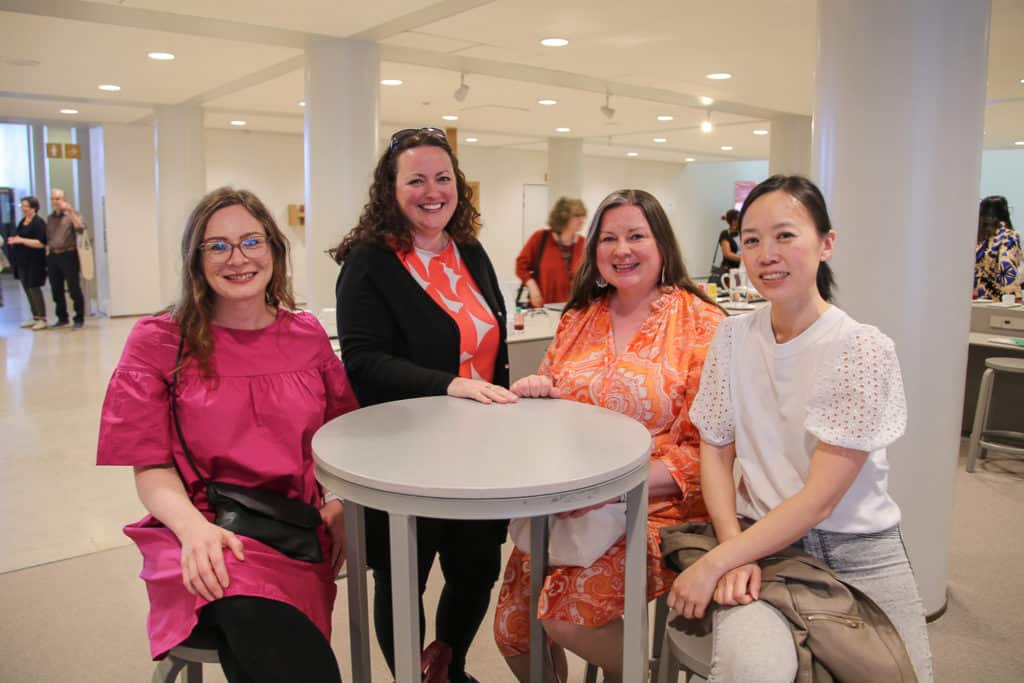 Emotional support is just as important as a start-up grant

Hoiwa Oy, which provides health care services, is a good example of a successful health sector company, as it currently employs 2,500 health care professionals. Fadumo Ali, who founded the company in 2020, told her growth story through a video connection and encouraged women who dream of entrepreneurship to take action, even though many feel uncertain at first.

The same message was shared by Amina and Hodan Mohamed who have contributed to the debate on diversity and equality as volunteers and entrepreneurs. The sisters admitted that entrepreneurs with an immigrant background often have to convince others of their professional skills.

“At first, even our parents were sceptical about entrepreneurship because they had no experience with it. And it takes a lot of initiative: We have built a customer network by actively posting on LinkedIn. No one will find you unless you tell them about yourself and the value of your business,” said Amina Mohamed.

Bresley Mansio, who moved from Mexico to Finland twelve years ago, and Nastaran Heshmati from Iran praised the inspiring atmosphere of the Entrepreneur Day for Women. Mansio set up her own shop in Ullanlinna, Helsinki last autumn, and Heshmati dreams of offering travel services to tourists.

“It is great that such events are organised, as many entrepreneurs are probably quite alone with their ideas and they also need emotional support in addition to the start-up grant. The pandemic brought its own challenges, but I believe that we are now heading in a better direction,” Mansio said.

Nadja Petrova, who recently resigned from her job in order to pursue her entrepreneurial dream, also looked forward to the future.

“I started feeling that now was the time to do something else. My husband and I design interaction training.”

Urban Tech Helsinki is a business incubator that supports innovative and growth-oriented companies that focus on solving the challenges of modern cities. The main objective of the incubator is to seek clean and sustainable urban solutions. Operations focus in...

Forty enthusiastic young people have started in Helsinki’s summer entrepreneurship programmes, whose practical implementation will be carried out this year by Pks4H and TAT. The young entrepreneurs hope that the summer will bring them work experience and useful...

Helsinki well equipped for the growth of education technology companies

Finland is known worldwide as a top country in education. However, it has been difficult in the past to commercialise the education more widely and export it to international markets. The evolving education technology sector has been willing to meet the challenge, and...