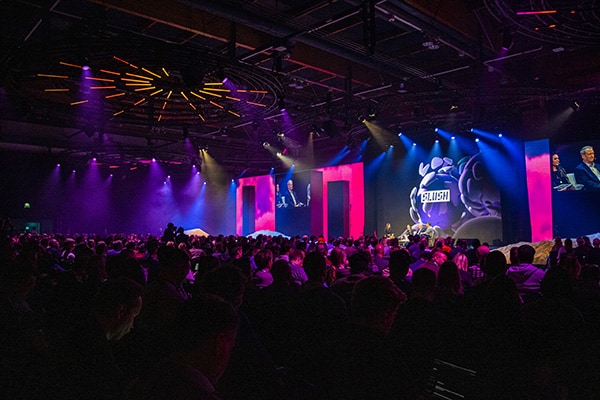 The City of Helsinki and Slush have a common goal: to support the growth business scene and raise awareness of Helsinki. The particular target group is international growth entrepreneurs who also want to live a functional and good everyday life. Slush will be held at the Helsinki Expo and Convention Center on 1-2 December and the City of Helsinki is a partner of the event. In conjunction with Slush, Helsinki will also present Helsinki Partners, a new company that will raise the city’s international profile.

The success of Helsinki depends on the emergence of new business and the success of attracting talent. To increase the vitality of the city, its image in the international arena must also be developed. Slush has a big and important role to play here.

Growth entrepreneurship is also an important factor in solving the global problems facing the world. Slush and Helsinki are also working together to make Helsinki a leading growth location for companies developing different solutions.

“Helsinki wants to be the best place for growth companies to do business in. The aim is to be Europe’s leading platform for experimentation and innovation by 2025. That’s why Helsinki is also supporting incubation services outside Slush, especially in areas that have a significant impact on the city’s activities. Examples include the Helsinki Education Hub, Health Incubator Helsinki and Urban Tech,” says Marja-Leena Rinkineva, the City of Helsinki’s Director of Economic Development.

The Maria 01 cluster, established in Helsinki in 2016, is already one of the most important startup campuses in Europe. It has been widely recognised for its work, and most recently in November 2021 it received the President of the Republic of Finland’s internationalisation award. Helsinki is also promoting entrepreneurship and growth in many different ways. The city also aims to make it easier for families of skilled workers to settle here. This is supported by measures such as spouse programmes and ensuring the continuity of schooling for the children of international talent.

Long-term work with the growth business ecosystem has already paid off: the value of the ecosystem has tripled since 2015 and the combined value of start-ups already exceeds €25 billion. In the Global Startup Ecosystem 2021 (GSER) report published in September, the Helsinki region was ranked among the top 20 city regions in the world for emerging startup ecosystems.

The City of Helsinki is visible at Slush in many ways. The city will have its own showroom at the main Slush event in the Expo and Convention Center, where it will share information about the services available to investors, businesses and startups. In addition, the City of Helsinki will host the Helsinki Partners Lounge, which will offer a varied programme for different target groups from investors to startups. The Helsinki Partners Lounge is located at the main Slush event, but you can also visit it without a ticket.

“Helsinki Partners’ mission is to strengthen the city’s success in an increasingly competitive international environment. The new company will help attract investment, events, talent and visitors, market the city internationally and build its reputation. Helsinki’s international profile and ability to differentiate itself will be a key focus for success in the future,” says Clarisse Berggårdh, who will take up her position as CEO of Helsinki Partners at the beginning of January.

In addition, the City of Helsinki is also involved in many side events organised during Slush, such as the Finnish Flow event at Ateneum and the Y Science event at the University of Helsinki. The city will also be featured at the official Slush Speakers Dinner at the Savoy Theatre, the Founders Day at Oodi Central Library and the Media Day at the City Hall Events Tower.

Helsinki is also working with Slush to conduct a visitor survey for event participants, to gauge the attractiveness of the city for growth entrepreneurs and to further develop the city based on the responses.

With Slush, Helsinki is and will remain at the forefront of growth business development

Slush is being held again this year after a year’s break. Slush 2020 was cancelled as an on-site event due to the coronavirus pandemic but, despite the cancellation, the Slush community has not rested on its laurels during the pandemic, and has been developing new ways to network, such as the startup community ‘Node by Slush’ and the online media ‘Soaked by Slush’.

Slush is one of the most important recurring events in Helsinki in terms of economic impact. It brings to Helsinki the most topical people and discussions in the growth business scene, and ensures that Helsinki is and remains at the forefront of development. This year’s event is planned for 8,000 people, which is significantly fewer than the number of people at Slush events before the coronavirus pandemic, due to health and safety concerns. The event is sold out.

Further information on the events in Helsinki:

News photo: Slush is the flagship event of the Helsinki and Finnish It will be held on 1-2 December at the Helsinki Exhibition Centre. The photo is from the 2019 Slush event. Image: Veeti Hautanen

The EdTech Incubator Helsinki is the first program in Finland to focus on supporting early-phase EdTech startups. Currently, the second application period for the incubator, where ten new teams will be accepted into the program, is open until February 11th. EdTech...

Helsinki wants to create a strong network of business incubators in the city in cooperation with higher education institutions. To be located on campuses, the business incubators will support student- and research-oriented entrepreneurship. With the services included...

NewCo Helsinki wishes you a Happy Holiday Season and a Happy New Year 2022!