The City of Helsinki encourages young people to become entrepreneurs 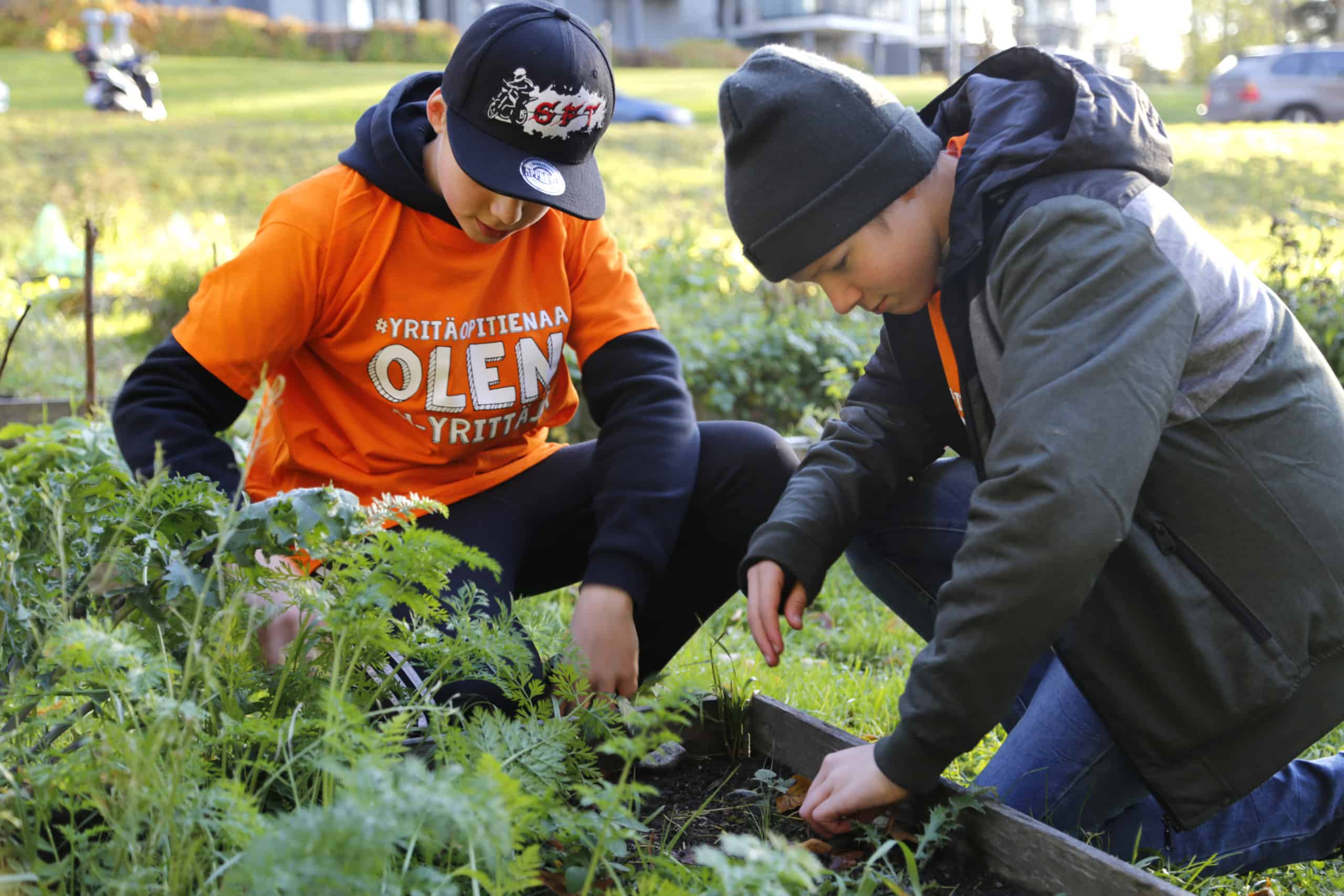 This summer, the City of Helsinki was also involved in boosting youth entrepreneurship by supporting the summer entrepreneurship programs of the Economy and Youth TAT and the 4H associations of the Capital Region (Pks4H). A total of 45 15–29-year-olds who were interested in entrepreneurship participated in the programs in Helsinki. A large proportion of the participants were upper secondary school students.

The city offered participants a 300 euro summer voucher, and NewCo Helsinki’s business advisers sparred with young people in building a business idea and running a business. TAT and Pks4H were responsible for the other content of their own summer entrepreneurship programs, but they had in common an entrepreneurship course and mentoring, among other things.

TAT’s project manager Sanna Ikäläinen is pleased with the success and results of the Summer entrepreneur program, both in Helsinki and at a national level. The investment in mentoring and opening up the diversity of entrepreneurship has been reflected positively in the feedback.

– For us, one of the most important indicators of success is that young people report that their perception of entrepreneurship has become more positive and their enthusiasm for entrepreneurship has increased. 87% of the respondents to the feedback survey said that participation in the program had a positive effect on their intention to become an entrepreneur in the future.

According to Ikäläinen, many participants in the Summer entrepreneur program have also realized that they can work as an entrepreneur- even part-time. It doesn’t always have to be full-time.

– The more we are able to offer easy and supported opportunities to young people to try entrepreneurship, the more their interest will grow. When a young person acquires a summer job as an entrepreneur and, for example, earns well, the same option begins to attract others from within their circle of friends, Nissilä acknowledges. 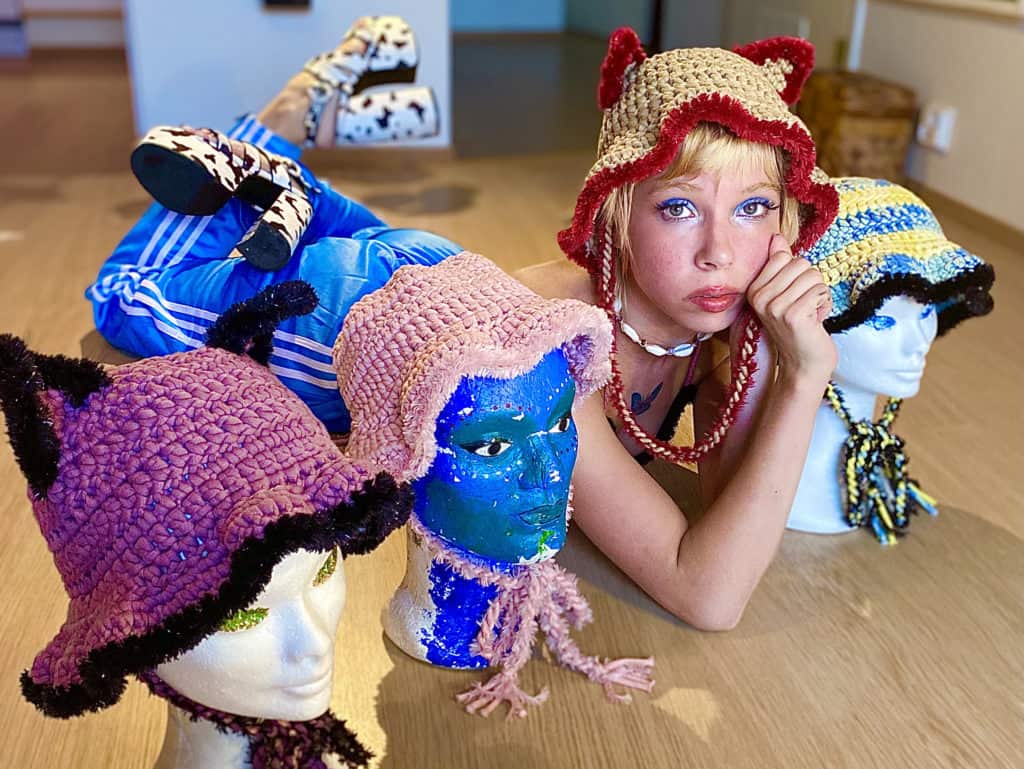 Charlotta Seila, 21, who participated in TAT’s Summer Entrepreneur program, is motivated by the joy of customers’ faces when they receive their products. Seila has her own crochet clothing brand called CHAR5CHAR. She sells clothes that she makes herself and, from time to time, also teaches how to make them in a crochet club for a small fee.

– The summer entrepreneurship program was rewarding and I recommend it to anyone interested in becoming an entrepreneur. The program provides good advice and all possible external assistance. I had a secure feeling when I could always ask the mentor something if it came to mind. Probably the most important thing I learned during the summer was taking care of my own well-being as an entrepreneur, says Seila.

Charlotta Seila is proud of her work.

– When I started crocheting, I didn’t start it with money shining in my eyes. I did it because it gave me peace, joy and pride in myself. I believe that even today, that is what draws my customers to what I do. The fact that I make clothes that I myself wear proudly because they make me happy. And, of course, a touch of skill and style.

Elias Laiho, 17, who participated in the Business bummer in the Helsinki Metropolitan Area 4H, heard about the summer entrepreneurship from a high school study instructor and founded a window cleaning business with his partner Rand Kavalo, 18. The business idea was born from the young people thinking about what people need in the summer but don’t want to do themselves.

– In the summer entrepreneurship program, support and help were always available. The biggest lessons for myself came in terms of time use and organization. I learned to manage my time better and I also learned new things about finances and reporting.

Laiho is happy with his summer as an entrepreneur. Customers in need of window cleaning were found especially through Facebook’s neighbourhood groups. The entrepreneurs also distributed flyers.

– We got more than 30 customers during the summer. The 300 euro summer voucher was a really big help. We used it to cover costs such as squeegees, detergents and cloths.

The majority of those who participated in summer programs in Helsinki plan to continue their entrepreneurship after the summer. As do Charlotta Seila and Elias Laiho.

– Due to our studies, we only had time to wash the windows mainly on weekends. We are also planning to expand to another field, says Laiho.

Startup, are you interested in Japan markets? On November 10, your startup could be pitching online at Fukuoka City x MoU Global Startup Pitch Event. Fukuoka City would like to invite startups from Helsinki Area to pitch at the event. Prominent investors will be...

Call for telephone counselling on Mondays without appointment

On Mondays at 13-15, a NewCo Helsinki’s business advisor will answer your short questions over the phone without an appointment. Do you have a question in regards to permits or licences or VAT? Do you wish to ask about a business idea or are you concern, how to keep...