… And the Winner of the City for Startups Challenge is… Fincubator! 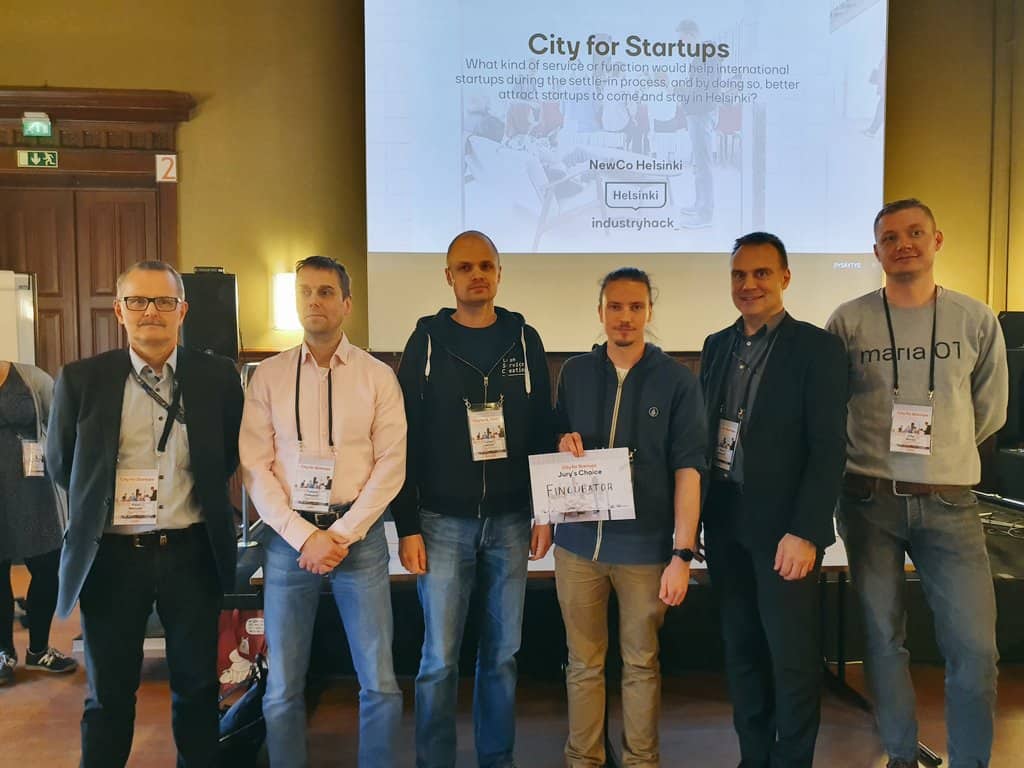 The jury and the proud winners. Picture: Industryhack

The two-day City for Startups Challenge organized by NewCo Helsinki and Industryhack has resolved. There were six amazing teams participating in the challenge, many thanks for all the participants!   Jury choose team called Fincubator (Lasse Lumiaho and Ville Saukkonen) as a winner. Their idea is to create one-week program where startups can apply. According to their initial customer discovery startups moving to Finland have two main problems: founding a company and organizing life in Finland, the latter one being the bigger problem of the two. The week will gather all the knowledge and services into the same package, which will help participants to start company and life in Finland.

“The pitches in the competition were among the highest quality I have witnessed in my career. All six ideas were so functional that we would like to see them becoming real in the future.” said Tommo Koivusalo, NewCo Helsinki’s Head of Unit. Along with Tommo Koivusalo the other jury members were: Ilkka Haahtela, City of Helsinki’s Head of Migration and Employment Affairs, Pauli Noronen, Business Finland’s Chief Advisor and Ville Simola Maria 01’s CEO.

As a prize Fincubator receives possibility to test and validate their concept in real life. The proof-of-concept project will have an estimated budget of 20 000 euros.

The challenge was: What kind of service or function would help international startups during the settle-in process, and by doing so, better attract startups to come and stay in Helsinki?

City for Startups Challenge is part of our current long-term project: the Kansainvälistä kasvua (International Growth) -project. Aim of this project is to support early stage startups from two aspects: either to support Finnish startups to become more international or to help startups and companies from abroad to settle in Helsinki.